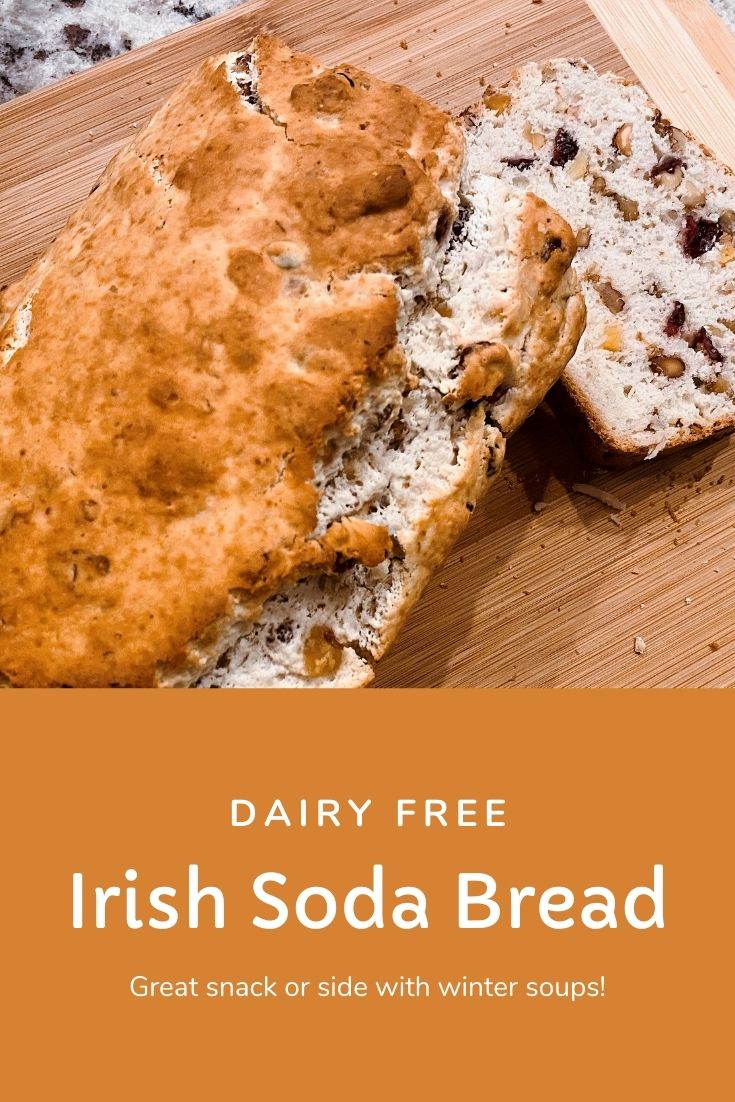 This year-of-staying-home has found me doing lots of things I never used to do, like gardening and learning to play chess.

It’s also led me to expand on the things I already do. I love baking, but I like quick stuff. Don’t send me to a complicated recipe. I like baking muffins, bar cookies and brownies. But, all those sweets — well, they’re only good in moderation. Ya know?

So, inspired by an episode of the Great British Baking Show, I decided to try my hand at Irish soda bread.

One of my kids is allergic to dairy, so I tried my hand at an Irish soda bread recipe without buttermilk instead.

The HIstory of Irish soda bread

The history of Irish soda bread dates back to Native Americans, though many cultures have their own version of this recipe.

Native Americans used potash as a leavening agent to make soda bread. Combining the potash with buttermilk (or sour milk) gives the bread its texture.

Historical anecdotes suggest that the Irish took the baking method back to Ireland after visiting the Americas and used it to survive the great potato famine.

The bread is simple to make using inexpensive ingredients, important to survive a famine.

Many cultures have their own version, but the Irish seem to have made the bread famous — and so the name “Irish soda bread” is most popular.

I like to pack nutrition into everything, so to make a heartier Irish soda bread, I added dried fruit and nuts to my recipe. It turned out great — perfect for breakfast or a quick snack! 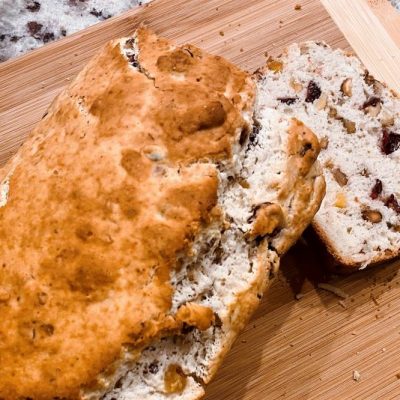 Guess what? It worked! Science is AMAZING! We really enjoyed this bread, absolutely perfect as a side dish with creamy butternut squash soup!

Parents, if you’re doing school at home these days, this is a fun, edible science experiment.

Pin this recipe to use later: